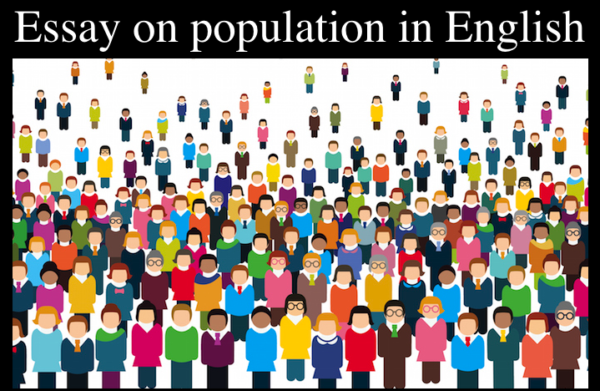 Population is the number formed by adding all the people living in villages, cities, states. Counting of the population is done from the child born to the elders, then after that we get to know that how much is the population of our country at present.

Because this increasing population demands more resources and gradually the natural resources at our home are getting depleted.

One of the main reasons for population growth is, the people of poor and uneducated class living in villages get married at an early age.

Due to which there is a huge increase in the population from them, because they are unaware of the facts related to reproduction because of having small children, there is no one to teach them.

The hand of Science in Population Growth

There are many other main reasons behind population growth, but one of them is also the hand of science. If we look at today’s time, the more human beings get benefited by the invention of science, the more harm is also seen.

Due to this, there has been less death in people, although it is a matter of happiness, but if we think about a natural balance, then a different thing is understood.

Nowadays the main reason for unemployment is ignorance and poverty (uneducated) among the people because a person is not able to earn well to feed himself and children are being born on the child, due to which there is an increase in the population.

If seen nowadays, this is also one of the main reasons for the increase in population, because nowadays it is seen more that people especially in a country like India, girls are born, and then they do not like it. And in the process of producing boys, many children are born.

Then later on, they are not able to get the education of all the children good in their food and drink. Then the same children become unemployed and grow according to the population and increase the population.

Inflation due to Population Growth

Today’s inflation is also rising day by day due to the increase in population, and common people are watching their faces. Because according to the population in our country, the supply of people is not possible, due to which the inflation rate is increasing.

It should be said that due to the increasing population, the distribution of anything is not equal in a country with such a population.

For example, if someone has four children in the house, then he has to supply food and drink for all, but the lack of supply of that thing in the market is becoming the reason for inflation.

It is obvious that when the population increases, it is difficult to mobilize resources according to that population, because we get resources from nature only in a limited quantity. Because of this, poverty is increasing.

We should try to control the population by paying attention to our country. The government should also try to spread this message to everyone through social workers. This will help to improve the future ahead of all of us.