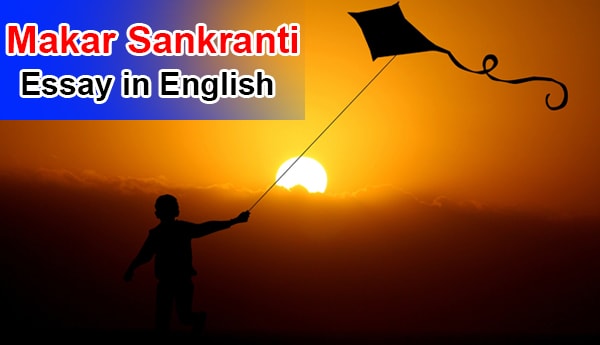 This festival always comes in the cold (winter) season, so people wear warm clothes and enjoy this day in light sunlight. Like every year, when the sun passes through the Tropic of Capricorn, it is on the same date 14 January. A special thing about this festival is that it is related to geography and the condition of the sun.

Making khichdi is considered to be the most important dish on the day of Makar Sankranti, and many types of laddus like Tilgud are made. All these are celebrated as a custom. The festival of Sankranti is called the festival of bathing and charity because on the day of this festival.

People wake up in the morning and take a bath first thing is considered to be the most important thing. And after bathing, some tilgud and rice are touched and kept on the side of the plate to donate, then when a beggar or beggar comes, give it to charity.

Many types of events are organized on the day of this festival, especially in the state of Gujarat, people fly kites in large numbers and organize kites. Flying kites are also considered to have a special significance. There are many types of kites.

People take kites according to their choice and fly them in the open field or on the roofs of the house with happiness. On the day of Makar Sankranti, people go and take bath in the rivers. After that, they do puja.

Makar Sankranti is given a lot of importance in India. It is said that as soon as the Sun passes through the Capricorn line after Uttarayan, then that day is called Makar Sankranti. And since then the night starts getting shorter and the days get longer.

Taking a bath in the Ganges on the day of Sankranti washes away all the sins, such is the belief of people, that our inner soul becomes pure and pure, and the mind gets peace. By doing charity on that day, the obstacles of the people are removed.

It is said that the donation given on this auspicious occasion increases by a hundred times and is received again. On the day of Makar Sankranti, the donation of Ganga Snan and Ganga Ghat is considered very auspicious.