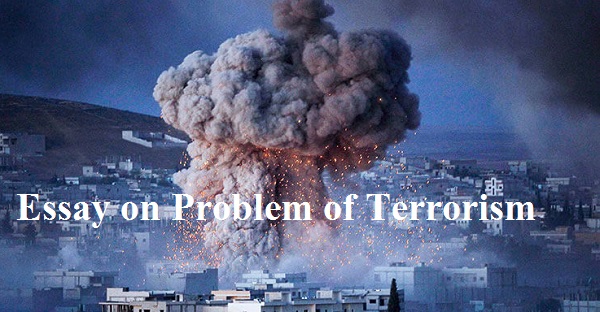 Nowadays terrorism remains a serious problem in the world. Which only and only means non-violence, if we talk about the country of India, then there has been a long history, which is done by terrorists to disturb the peace of the country?

The main purpose of all these is to create panic situation among the people. They always stop a prosperous country from progressing and want to maintain a state of constant fear. Violence in terrorism is an illegal method which is done by terrorists.

Nowadays it is seen that terrorists adopt different methods to get their point across, as they carry out their work through various social organizations, politicians and business industrialists.

Those who support terrorism are also called terrorists. Because terrorism does not look at anyone’s caste religion, their purpose is only to kill people.

Terrorism a Problem around the World

Terrorism is a problem all over the world. This is a national issue, which the whole world is trying to add to the eddy peak to root out this thing. This terrorism is such a thing which is slowly weakening humanity.

Creates fear and apprehension among the people, thereby playing directly with the mind of the people, by luring small minor children, they put a gun in their hands, brainwash their brain. Due to which they come under their influence and do illegal work.

Due to this the number of terrorism is increasing, which has always been a challenge before the government to eradicate it from the root.

Main causes of the Problem of Terrorism

By the way, there are many reasons for the problem of terrorism which gives strength to terrorism. They adopt many wrong policies to get their point of view, which means only and only to bring destruction in the life of a common man.

Creating hatred within the society, rebelling against the country, corrupting the society, taking advantage of casteism, economic trouble, and differences in language, all these are the main elements of terrorism, which remains the main cause of the problem of terrorism.

Which is the main element of a problem like terrorism, which acts as a weapon for them? Which is given below:-

Due to mutual differences with the people, due to the increase of bad thinking in everyone’s mind, it becomes the first weapon of terrorism. Which later leads to rebellion, discontent in the society, which encourages terrorism.

Most of the riots take place in the country of India due to Hindu-Muslim caste, which is famous all over the world. There is more dissension towards such castes, due to which the anger of the people increases and then riots happen. And by taking advantage of this, terrorists make many boys into terrorism by luring them with money. He makes her terrorize him from place to place.

Solution to the Problem of Terrorism

If we start following non-violence then there will be no murder in our country, everyone will live their life happily. There will also be freedom from the increasing terrorism in the country.

To get rid of this global poverty, we all should unite and run a campaign. Whoever establishes love and brotherhood in all hearts should have such a huge potential that even those with stone hearts should melt.

Something different is going on inside some people who are unable to bear their further troubles and start supporting terrorism.

These are those people whose economic condition is very bad, their education is not done well, due to which they get fed up and join terrorism. And open fire on innocent people, due to which many innocent children become orphans and women become widows.

The government should come forward to solve all these things. Good education should be made better for poor children. Because the more educated people are, the better their thinking will be.

Strict action should be taken against any corrupt employee inside the country. Some people sit in their own country and betray the country and indulge in activities like terrorism in an illegal way, such as there are people involved in social worker, political etc. 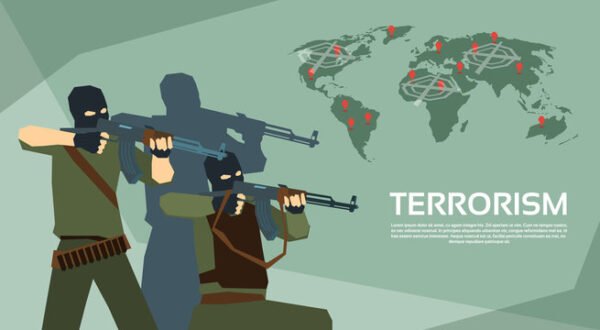 The main purpose of terrorism in any way is to hurt people. This is to harm all the social activities of the country, mainly the social and political system.

Our country of India did many noble works because of the talented and prosperous of many great social reformers who were.

Influential and prudent people like Raja ram Mohan Roy have to be made, only then we can improve our society and we can reduce the increasing influence of terrorism.