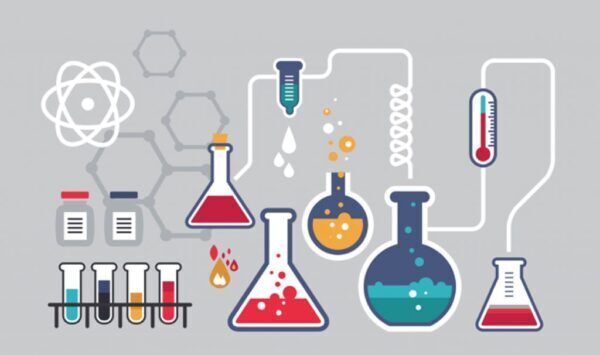 Science has played a big role in human life and science is closely related to human life. Man has made a lot of progress in every field and due to that the existence of man in today’s science is without the help of science. It cannot be so; science has a great contribution in modern human life.

Some people are very interested in sponsoring science from the past. They focus their full attention on scientific research. And they also encourage science. Which makes great use of science?

Science is used for every small task. Some people focus more on science in their leisure time. Science is also used a lot in different countries. And the governments of other countries have engaged in studies in different ways.

In ancient times, it was not easy to cure. People used to suffer from different types of diseases. And it was not easy to cure them. They would fight to death due to lack of better treatment. Lived and used to suffer. Some people used to lose their lives due to lack of proper treatment. Nowadays surgery is being done with binoculars.

But now everything has changed, through science, now more and more patients are getting cured with the help of medicines and right treatments at the right time. Computers and modern equipments are helping. And many invaluable lives are saved through surgical procedures. is being saved. And the people of the health department are famous for providing health care. Doctors work hard to save people from many deadly diseases.

Now-a-days, new roads are being constructed only through science. And for the convenience of transport, old roads are being refurbished with the help of new equipment. There should be no damage and improvements have been made on the roads to improve traffic control.

Science has invented various types of vehicles for transportation in water, land, and air. Tourists from other countries can easily go to different places, such as helicopters, trains, ships, buses, cars, trucks. , motorcycle etc. by all

Nowadays we are using a lot of resources like TV, Radio, and Mobile. And we are getting all this through the technology of science. With the help of science technology, we can watch live broadcast of any program. Like a cricket match. Olympic matches, hockey, football etc are all easily viewable.

Various types of programs are being prepared and presented for education and entertainment with the help of television, radio. These media outlets are promoted through broadcasting to all sections of people, from children to the elderly.

Nowadays, children sitting at home are able to study online and are taking exams at the same time. People are doing their business sitting at home with laptops and computers.

Role of Science in Agriculture

Science has contributed a lot to the development in the agricultural sector, which is proving to be very beneficial for agriculture. With the help of tractors, the land is being plowed well, time is also being saved.

Science in the Publishing of Books and Magazines

Science has also been playing a very important role for books and magazines. In ancient times, a large number of newspapers were published in different languages ​​every day. Let’s see what is happening in the country.

But some people are still interested in reading the newspaper. Modern printing presses print the newspaper with high quality machines. And many types of useful books are modified.

The work of computer and internet is increasing; news is being collected in a short time by email and published in daily newspapers.

The contribution of science is increasing day by day and new things are emerging in front of us. Science has given us countless small to big things like air conditioner, meter, microscope, telegraph, microphone, lactometer, calculator and various types. Weapons, clothes, toys, tools used in agriculture, medicine etc. are included.

Advantages and Disadvantages of Science

Today the miracle of science is seen in every field of life. The inventions of new things of science have made human beings much easier than before. Science has made the journey of years in a few hours of few days by inventing some tools. It has been made possible, such as aircraft, ships, trains and cars etc.

Science has also provided destructive power with great inventions, if we misuse science, then there remains a fear of destruction of the whole world. Like nuclear power and many other types of weapons have been created. Due to which the feeling for the destruction of humanity has increased, due to which human life is also in danger.

Whatever science has given us, if we use them properly and use it only in the interest of human beings, then science will prove to be a boon for us.