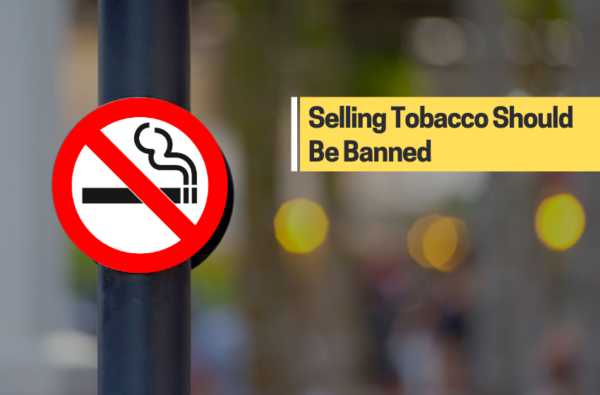 If seen in today’s world then people are addicted to bad things. Like people have become addicted to tobacco and cigarettes. It is very dangerous for their health and slowly destroys their body. The fatal disease caused by this is being seen in greater quantity than cancer.

If we see the intoxication of tobacco, then it is over the whole world. It has an adverse effect on the environment. About 5, 00,000 acres of land is destroyed every year due to tobacco cultivation. Or say that the land becomes barren. Nothing else can be grown on that land.

The government should stop all this completely and destroy the tobacco products around. Tobacco is having a very bad effect on our health. Its effect is being seen on children too. Smokers keep infecting the people around them as well.

Quitting smoking is a challenge in front of everyone because people have become addicted to it. In many places this dangerous intoxicant has been completely stopped, yet people should secretly consume tobacco of this thing.

Due to this smoking, the environment also gets polluted. The smoke emanating from bidi, cigarette goes into the lungs of a healthy person and causes diseases like cancer. Whenever a person inhales this toxic environment, the nicotine released from cigarette smoke damages the nerves of our body.

There are many types of tobacco, such as cigarettes, cigars, cigarillos, soluble products, electronic cigarettes, traditional smoking tobacco products.

Nicotine is found in tobacco. It is an amine compound made from nitrogen. Its chemical formula is C10H14N2. Nicotine causes many diseases in the body. Due to nicotine, blood pressure, circulation in the blood vessels slows down, skin becomes numb, as well as asthma, cough, shortness of breath etc.

This nicotine is measured through urine. Although the number of cotinine deposits in saliva and urine is not considered reliable, it is easy to collect but proves to be costly. But the amount of cotinine in a person depends on his filter, depth, length and sex.

If the amount of nicotine decreases, the nervous system system starts stimulating the main nervous system present in the brain. As a result of which a person can have a heart attack.

Anyone who consumes tobacco or cigarettes can take any combustible substance which contains more than 7000 chemicals. To enhance the taste of tobacco, about 100 different components are added to increase the amount of nicotine absorption.

Cigarettes have a very efficient and highly engineered drug-delivery system. This takes in the amount of 1 – 2 milligrams of nicotine per cigarette smoker in the body of a healthy human by inhaling tobacco smoke. 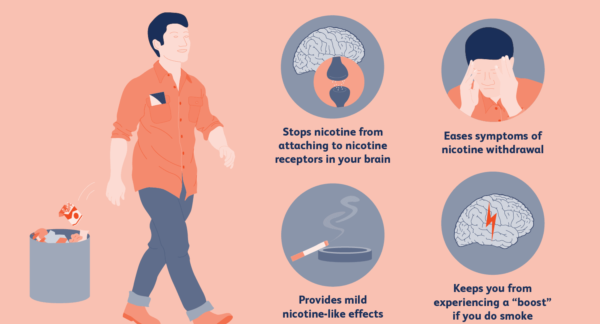 Why Tobacco needs to be Banned?

As everyone knows how harmful tobacco is for health, yet people consume it with passion. Tobacco smoke contains many chemical harmful substances which are harmful for our body, and that chewing tobacco i.e. gutka in which the amount of 28 proven carcinogens is found.

Most of the cancer patients seen in the world are due to this. In which 60% of the cases are only men and 25% occur in women who consume tobacco. That is why there is a need to ban tobacco.

If seen, there is a lot of productivity on tobacco deaths and diseases caused by smoke. It is said that all these reasons cost more than 156 billion rupees per year. And at the same time, $170 billion is spent on medical care for people who have become ill due to smoking.

How can tobacco addiction be controlled?

People do not know what they do today to quit tobacco, but after getting addicted they do not take the name of quitting. Talking about the world, earlier more than 6 million people were dying due to the use of this tobacco. Consumption of tobacco damages many organs inside our body and it takes the form of fatal disease and eventually they die.

Talking about today’s time, people’s age is decreasing by 10-15 years due to smoking. If people want to quit their addiction, then they should try to quit gradually by taking a pledge from themselves or meeting a good doctor. On quitting directly, people can start feeling many kinds of shortcomings and it can prove to be fatal for them.

Due to the serious disease spreading due to this tobacco, it should be banned immediately, So that the life of the smoker and the future of their family are safe.

The government should find a solution on this in different ways. Tobacco ban is a very complex problem, because to use tobacco is to invite without death.

We should also avoid all these problems because smoking is like a bad habit. One should never get addicted to it.