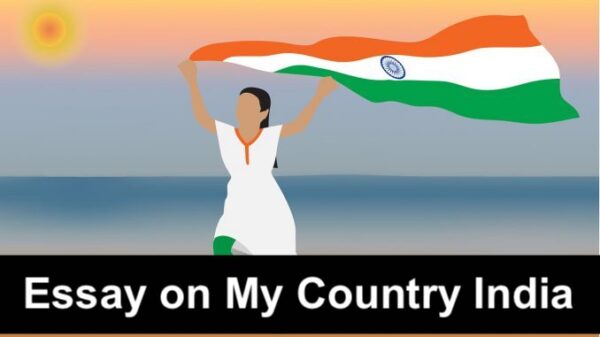 India is a great country. India is a single country called Unity in Diversity. Different types of languages are spoken in India. People of every religion live in unity here. The people of India have a different identity in the name of dress and clothes. Here Hindus, Muslims, Sikhs and Christians live together.

Here in every region of every state, people celebrate all the festivals with their own way and customs. India is an agricultural country where the number of farmers is seen more. The civilization of India’s culture is very old. It is the first country to be called gold birds. It is said that India is a gold mine, which the British plundered after ruling earlier.

In all four directions of India, some heritage is famous by name. We have here as the largest producer of milk and wheat. And along with wheat, sugarcane is also cultivated here, making sugar one of the big producers.

India’s technical and engineering skills are famous all over the world. In our country, along with great musicians, other sciences, mathematics, Doordarshan have contributed significantly. Many states have been given special status in this country.

India is our country and we are all proud of our Indianness. It is the second largest country in terms of population. The name of our country was named after Bharat, the son of King Dushyanta. Even before that people known as Aryavarta. At present people know the names of India and Hindustan.

India is identified with its heritage. Like the eighth wonder of the world is the Taj Mahal, which is located on the banks of the Yamuna River in the Agra district of Uttar Pradesh state of India. Our country is surrounded by three continents, such as the Bay of Bengal located in the east, the Arabian Sea to the west and the hind Ocean to the south.

Our flag consists of three colors in the tricolor. The top is saffron color which symbolizes courage and sacrifice. In the middle is the white color stripe which is the symbol of peace and purity.

There is Ashoka Chakra which has 24 spokes. And at the bottom there is a green stripe which shows greenery and prosperity. 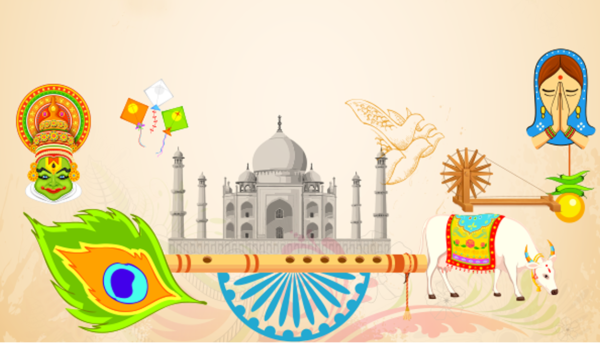 Culture and Languages of India

The culture of India is the oldest cultural, it is based on Puranas and economics. Here is the birthplace of Lord Shiva and Lord Krishna. People of different castes, religions and different cultures live together in my country with pomp.

Different types of languages ​​are spoken in every state. That’s why our country is considered a symbol of unity in diversity. People all over the world like our country’s beauty, living habits and costumes.

The country of India is the largest and oldest democratic country in the world. There are 28 states and 8 union territories in India. The President is the head of all the states and the commander in chief of the Indian Army.

The Prime Minister of India is the head of all the government, who has all the cabinet ministries, who have run all the work with the help of the council of ministers.

The names of all the Union Territories of India are as follows – Chandigarh, Dadra and Nagar Haveli, Daman and Diu, Andaman and Nicobar Deep Group, National Territory of Delhi, Jammu and Kashmir, Lakshadweep, Ladakh and Puducherry.

My India is also famous for many tourist places and heritage. It is related to the established historical sites of monuments, tombs and churches located in India, such as the Taj Mahal, which is called the 8th wonder of the world, on the Yamuna River in Agra district of Uttar Pradesh state of India.

It is situated on the shore, whose beauty fascinates all foreign tourists. There is many other such heritage or wonders which are present in the country, such as Fatehpur’s Sikri, Amritsar’s Golden Temple, Delhi’s Red Fort, Kashmir’s valleys. and Qutub Minar.

My country of India has given birth to many freedom fighters and great leaders, on whom today the whole country is proud of them. What is most important to the country of India is the respect of the Indian army, which keeps fighting with terrorists day and night for our security.

My country of India is a great country of many languages and customs. Here people of all religions and classes celebrate all festivals together with great enthusiasm. My India country is the identity of unity in diversity.