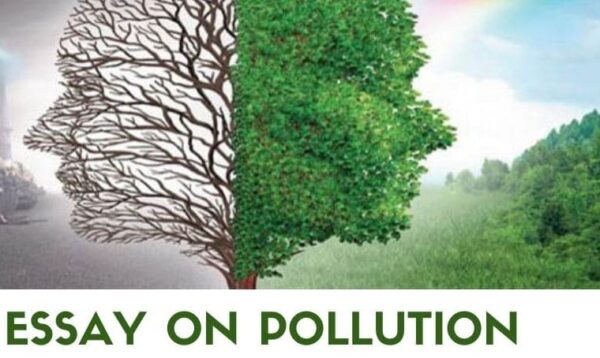 The problem of pollution remains all over the world. Due to this, the risk of global warming is increasing. Due to the increase in pollution, deadly diseases like cancer are increasing. It has many negative effects, humans. The age of it is decreasing. People are not getting pure air.

Due to pollution, the environment has also become impure. This pollution is caused by the activities done by mankind. At this time, human is not taking care of the balance of sanitation and environment, due to which the level of pollution is increasing day by day. And all the living creatures on the earth are also affected by it.

In the present times, the way in which modern and technological discovery is progressing rapidly by man, but human is failing to protect the environment. The main reason for pollution is the damage caused by people taking more than their consumption. They throw it on open spaces, due to which it keeps rotting and the toxic chemical emanating from it defiles the atmosphere there.

Burning of any plastic, garbage cuttings in open places or in farm barns by people is also a cause of increasing pollution.

Increasing pollution includes many sources. The environment is also being polluted due to land, air, water, noise. Due to its various inhuman activities, pollution is increasing.

The main reason is due to increasing use of pesticides in the fields, deforestation, growth in growing cities, acid rain, and soil mining.

The increasing cause of pollution means that the environment is being polluted due to the mindless and irresponsible antics of the people.

Pollution spreads in many ways. The following are the reasons for this, such as air pollution, water pollution, land pollution, and noise pollution. All these are given below.

Air pollution means polluting the air, which makes it difficult for people to breathe. Pollution is caused by chemical smoke coming out of large factories. Due to the smoke coming out of the chimney of the brick kiln in the village. Even air is getting polluted. 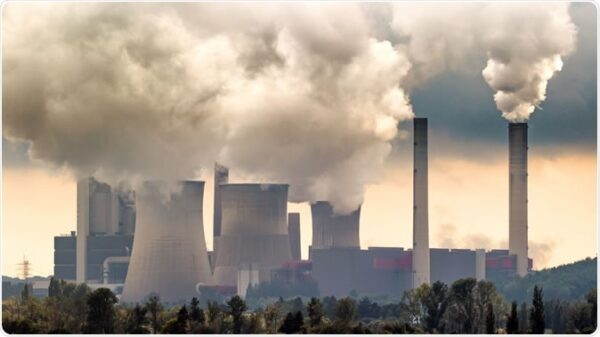 All these toxic fumes go up and mixed in the pure air and pollute it, which makes it the people difficult to breathe. The smoke coming out of the factories in the air for 24 hours tomorrow is polluting it.

During Diwali, people burst firecrackers so much. People also ignore government restrictions, do not follow the rules. More firecrackers are burnt than the smoke that comes out of firecrackers is very harmful. Combines in the air and pollutes the air.

What we use for our convenience in our homes, such as refrigerators, air conditioners, and washing machines. All the CFC (Chloro Fluoro Carbon) extracted from it keeps polluting the air.

People go for a walk on the banks of the rivers and throw garbage in the river after eating and drinking it. The houses and the people living in the building also drain the waste garbage in the house, which contaminates the water by going into the river. 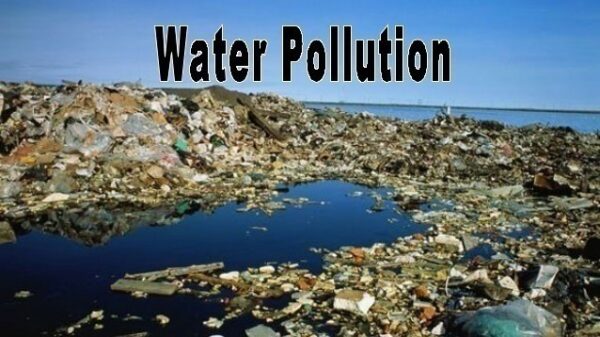 People wash clothes in the rivers and ponds and bathe the animals. They also contaminate the water of the pond or canals with its dirt. People do not have toilet facilities because people defecate in the opener and then in the rainy season. It gets mixed with the flow of water in rivers and streams.

Sometimes people go to the crematorium to burn a corpse, then take all the dead person’s clothes with him. Then with the corpse of the corpse – 2 also shed their clothes in the river. The river due to dirty clothes Water is contaminated.

When some live animals die, people shed them in the rivers, due to which the water keeps rotting and also contaminates the water.

There are many types of fatal diseases due to water contamination. Diseases like diarrhea, typhoid, cholera are caused by water pollution.

Humans do not get to live in peace due to noise pollution. It is very important to have peace in order to live a good life. In human life, noise pollution is also caused by loudspeakers in homes, temples, and mosques.

People perform programs for their devotion or for a party or something. In which the DJ, the sound, keeps on playing, due to this the people around them have a problem. This is also one of the reasons for increasing noise pollution.

Diseases caused by noise pollution like high blood pressure, heart disease, headaches, insomnia, and other mental illnesses are also due to it.

Earth i.e. land is the mainstay of living of all living animals. But there is pollution by people here too. One is that due to the increase in population, the place of living is decreasing in the same way. Due to deforestation. Pollution of the land is increasing. Due to continuous deforestation, the level of oxygen in the atmosphere is decreasing and due to this, the balance of all living animals on the earth is deteriorating. 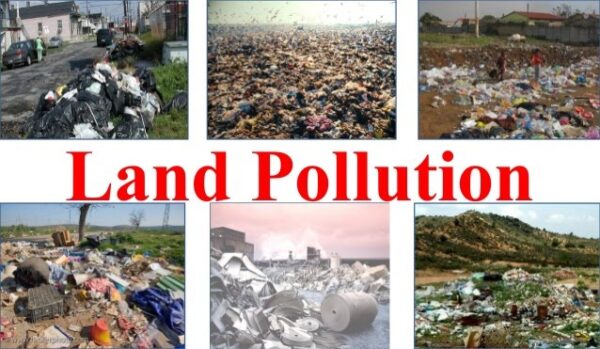 Land pollution is also spread by the farmers because farmers use pesticides in their fields to protect the crops from insects. The fertile soil is getting spoiled by the pesticide medicine, as well as the fertile bacteria also die.

People use chemical fertilizer to increase crops quickly or produce crops in the villages. People do not want to use cow dung manure. Some people throw garbage in the fields in such open fields which only damages the land.

The main sources of pollution are many which are shown below –

Now We should not use more stuff than necessary. We want to plant more and more trees so as to keep the environment balanced.

Use technology keeping in mind the environment. We want to ban the land mafia.

1 thought on “Pollution Essay, Types Of Pollution In English for Students & Children”