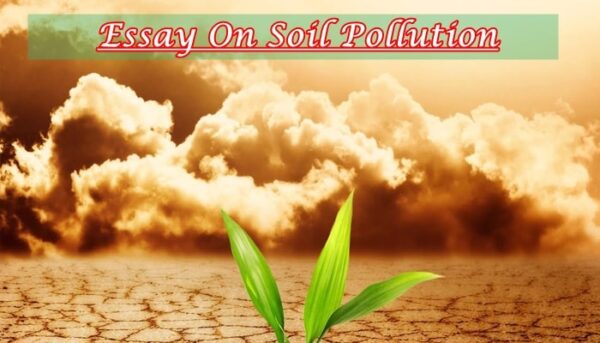 Forests are being cut into industrial and residential areas and towns. Land pollution is increasing due to logging on the open land by people using plastic bags. At the same time, soil fertility is also decreasing.

The growth of population in the country is also one of the main reasons for pollution. People throw rotting waste materials on the ground at such places. Due to the pile of garbage, the land, as well as the air, is polluted. Wastes are such that they do not rot and spread the smell. It is a problem for the people living nearby, but it is spread only by those people.

Due to Land Pollution

There are many reasons for increasing land pollution. Due to pollution, the rate of growth of the whole world slows down. Man is fully capable of living his own life, But due to some selfish people, the land is getting polluted.

Deforestation – Human beings are harvesting forests, trees, and plants to live their lives or to fulfill the needy. Both land and air are affected and polluted. If we have to maintain the balance of soil then forests It is important to live. The growth of tree plants is also necessary. Because of the lack of all these, soil erosion then the land becomes barren.

Chemical Medicine – There are some chemical drugs in the market which are used as pesticides, but due to its liquid and solid element, the earth is fertile and it becomes a cause of ground pollution.

Agricultural Activities – Fertilizer (fertilizer) used by farmers in villages is a cause of land pollution even for good crops. Because too much fertilizer (fertilizer) is harmful to the soil of the fields, which reduces soil fertility Is. Pesticide medicine is also used by the farmers, due to which the crop is good but the land has been polluted.

We should plant more trees and prevent deforestation to avoid land pollution. Farmers should use cow dung more in the fields. The soil erosion should be stopped by the flow of water. In this, we should all contribute together. The government should impose strict restrictions on the cutting of forests.