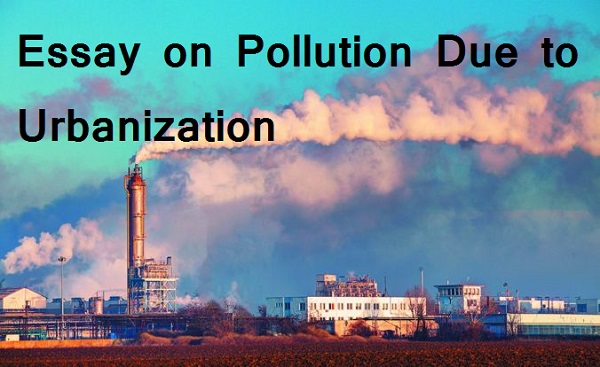 If seen, urbanization is a desire by the government. For the development of the country, it is necessary to urbanize the villages. However, infrastructure is required for urbanization. Economic development has to be promoted in whatever area is happening. For example, due to urbanization, many of their problems are solved by opening of schools, colleges, vocational education centers to the people.

The main focus of getting this work done by the government is to create employment and facilities for the people living there, so that they do not have to face much problems. It is seen many times that the Municipal Corporation establishes the first shop in rural areas. Then it is urbanized by building similar infrastructure. Many such industries, companies gradually develop their work and build that area for development and urbanization.

If seen, the main reason for pollution is also due to urbanization. All the pollution that spreads in the world is due to urban development. As big factories, companies and mines are built in the cities, there are facilities for the people. But the smoke coming out of them pollutes the environment there.

Because of the septic tank there, due to which factories, water flows into the nearby rivers and streams, Due to which the water and soil also get polluted, which causes a lot of damage to the aquatic organisms living in the water, as well as harms humans. Noise pollution increases due to the noise of machinery factories running in cities and vehicles running on the road.

Effects of Environment due to Urbanization and Industrialization

Nowadays, the days like before are not seen as they used to be. Earlier the environment was clean and clear and children used to play under the open sky and birds used to fly in the open sky. Now we get to see such a day. The reason for all this is due to urbanization by cutting trees and plants, because due to urbanization, trees, plants and animals are also getting affected due to pollution.

If we look at our country of India, then it was an agricultural country. Due to which our culture resides in villages only. But at this time the number of villages is gradually decreasing because due to urbanization of villages, the amount of pollution has increased due to the opening of factories, sugar mills and industries.

If seen in a way, the greed of humans or their needs is increasing day by day. And to fulfill all those needs, we have done many developments but we are also exploiting the earth. Due to which the beauty of the earth which is its greenery is decreasing day by day. 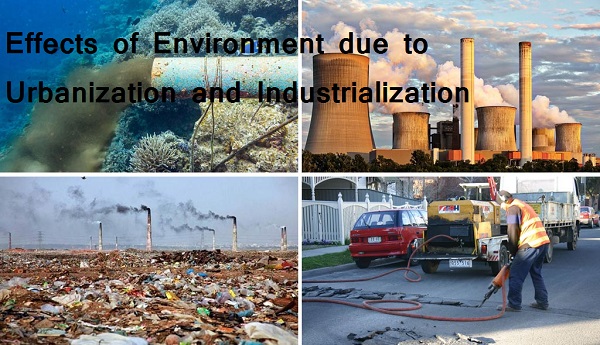 If seen due to urbanization, the most affected rivers are happening. The main reason for this is that the waste material coming out of the cities situated on the banks of the rivers affects the entire water through the drains. Due to which the problem of irrigation, potable water, industrial use, electricity etc. is increasing among the people.

Some chemical gases which are working to make air and water poisonous by going into the atmosphere, this has completely polluted the environment. If seen in cities, greenery is seen in very less quantity. This remains a matter of concern. People need that along with the development of cities, nature should also be developed, and then only the balance of the earth will be maintained.

The effect of chemical substances like potassium, sulfur coming out of the factories of the city has a negative effect on the fertile soil of the land.

Impact of Vehicles in Cities

If we consider the problem of increasing pollution due to urbanization, then the side effect of a roll vehicle can also be said in it. Because the population of vehicles is very high in the area of cities, due to which the smoke coming out of these vehicles affects the environment there. This causes many dangerous respiratory diseases. The deadly diseases caused by this are like cancer, asthma etc.

If seen in a way, the noise pollution is increasing due to horn of vehicles and loudspeakers like temples, mosques, DJ. As a result of this, the age of the people is decreasing, nowadays people are suffering from some disease or the other. If this continues, then along with pollution, there will be an increase in diseases in the coming time.

Friends, everyone should know how harmful pollution is for our health, only then we can all come together to solve it. This is a matter of concern for everyone, a decision has to be taken after thinking about it, only then we can make our future life accessible. We should plant more and more trees and plants and protect the forests.