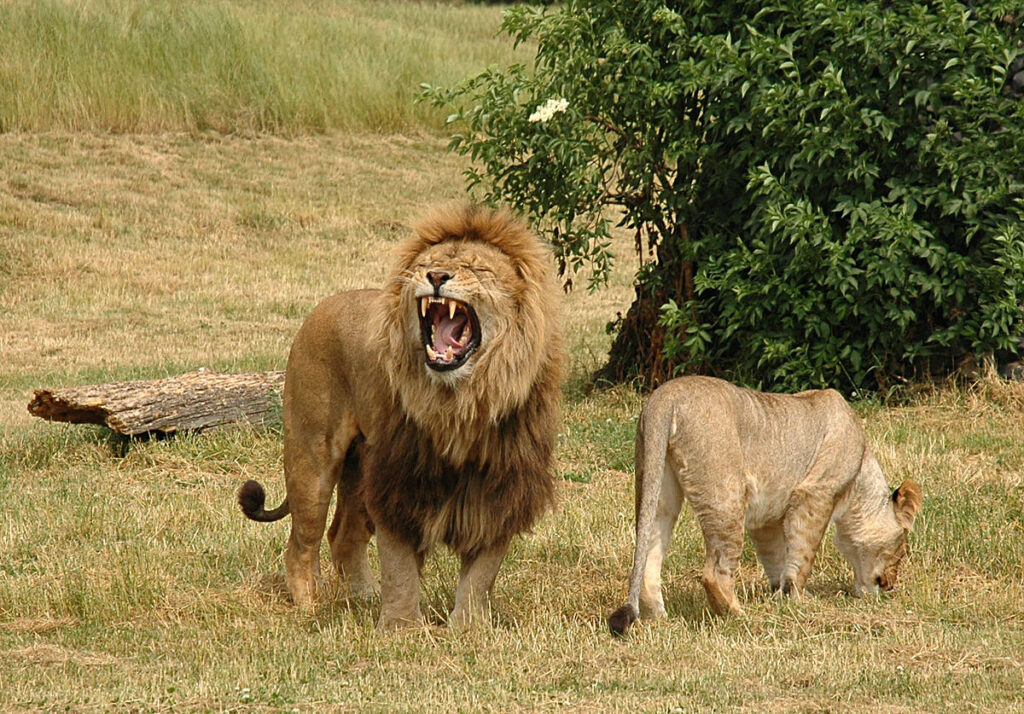 In general, the lion is called the king of the forest. It is a carnivorous animal. It lives in dense forests. Its scientific name is Panthera leo. It belongs to the mammal class. They have many species such as the Katanga lion (Southwest African lion). , congo lion (Northeast Congo lion), Barbary lion, Nubian lion (east African lion), Asiatic lion (West African lion), etc. lion is the most powerful animal of the forest as well as intelligent. He likes to live in the forest, hunts his small animals. Sometimes by staying in the herd, he also hunts big animals.

The roar of a lion is heard from about 8 kilometers away. The lion is about 14 years old and if it lives in a zoo cage, it lives for 20 years. The lion sleeps for 18 hours a day and wakes up at night for hunts.

Lion has a specialty, he does not hunt in vain when he is hungry, and he hunts only if he has to hunt, first the lioness does it, and then the lion hunts. Lion herds also hunt big animals easily.

There are about 30-40 lions in the lion’s flock, out of which there are 1 or 2 lions, the rest are lionesses and cubs. The lion protects everyone from behind and the lioness always hunts ahead.

The new male lion attains sexual maturity at age 5 and the female lion matures for sexuality at 4. whenever the lion comes in contact with the lioness and both reproduce.

Then the pregnant lioness gives birth to 3-4 cubs between 98 and 105 days. Then she takes care of it all for one year and teaches hunting.

The lion is the most powerful, fearless, and brave animal. No one can hunt it. However, its hunting has been banned due to the decrease in the lion population.

1 thought on “Essay On Lion In English for Students & Childrens”