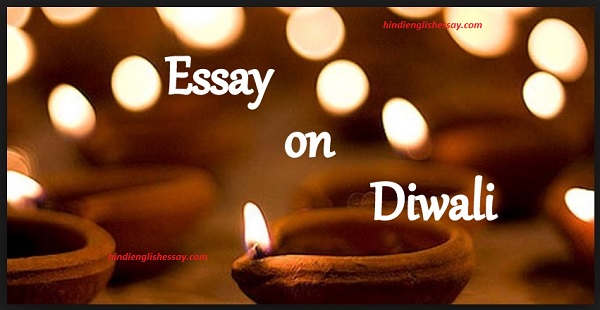 Diwali is a festival of lights and happiness. It is officially one of the most beautiful and main festivals celebrated in the country of India. Diwali is celebrated as the symbol of victory of good over evil. People celebrate Diwali as Deepawali. It is also known that this festival comes every year in the month of October or November.

The meaning of the word Deepawali is “to put the lamps in a row”, that is, Deep means earthen lamps and the word Avali means in a row. This festival of Diwali is celebrated in the joy of victory of Lord Shri Ram. According to Hindu scriptures, it is said that on this day Lord Shri Ramchandra ji returned to his home after spending 14 years of exile.

During this period of exile, Lord Shri Ram ji had freed his wife Sita Mata from her captivity by fighting Ravana and kept his promise by making Vivishan the king of Lanka. After doing all this work, when Lord Rama returned to his home in Ayodhya, the people of Ayodhya had decorated their houses with lamps for the joy of his return. In this way, people celebrate the victory of good over evil by lighting diyas in the joy of victory.

This religious festival has different significance. This festival is celebrated in different places in every region of India. The festival of Diwali is associated with cultures, deities and traditions.

According to the Ramayana story, Diwali is said to be the return day of Lord Shri Ramchandra ji. It is also considered a symbol of auspicious benefits, because Lakshmi ji is worshiped on this day. This day is also considered special because Shri Ram returned with his wife Sita. After killing all these demons Ravana came back to Ayodhya victorious over him.

Another legend is famous that on Diwali day Lord Vishnu as an incarnation of Krishna killed the demon Narakasura and freed 16000 captive virgin girls from his captivity.

The festival of Diwali is a festival of happiness, on this day people forget their quarrels and present sweets to each other, So that their relationship can be strengthened. This festival brings happiness and prosperity in everyone’s homes.

On this day especially, Hindu traders open a new book account along with the shop, and at the same time they also worship Lord Ganesha and Goddess Lakshmi ji so that wealth and prosperity can develop.

This festival of light brings out peace and happiness in all the people. Diwali definitely brings happiness and peace in the people. The festival of Diwali brings a different glow when people light firecrackers and sparklers. Everyone A good dish is prepared in the house, sweets are made, everyone enjoys this festival with fun. On this day there are a lot of fireworks too.

Pollution due to Diwali

By the way, Diwali is such a festival in which people of all religions enjoy this festival a lot, but while making fireworks, they all forget that what will be the effect on the environment. The smoke emitted by people bursting crackers pollutes the whole environment.

During this, there is an increase in air, noise and land pollution. There are many cities in India which are very much affected by pollution like Delhi, Noida, and Ghaziabad. In all these cities, vans are set up for bursting firecrackers on Diwali so that the environment is more don’t get polluted

It has been seen in these cities that even after the second day of Diwali, the surrounding environment looks completely hazy and people have a lot of difficulty in breathing. This affects people’s eyes and breathing more.

As everyone knows how much damage is caused by bursting crackers during Diwali? To stop all this, everyone should take some measures together. First of all, we all should stop bursting crackers. Be friendly, all such things should be used.

We should become a responsible citizen and move ahead of ourselves and take forward this campaign. We should also request the government to remove all the dangerous and toxic gas firecrackers from the market should be completely van.

We should celebrate Diwali at our home with all the family in an eco-friendly way. We should not play with everyone’s health by bursting poisonous and dangerous firecrackers.