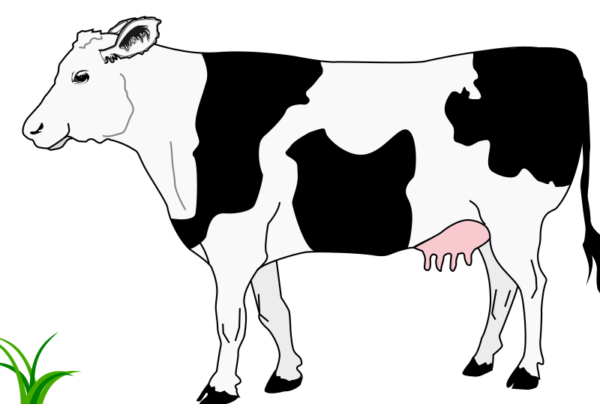 The cow is a pet Animal. The cow is very useful for human life. She provides us milk, ghee, and paneer. People in India keep cows with respect in our society.

In India call the cow from cow’s mother, the cow is a very useful animal, everything is used for it. People in India worship cows.

Everything we get from cows makes us healthy and powerful. The cow is always considered the best animal.

In this way, everything obtained from the cow is famous in the world, such as milk, cheese, butter, ghee, and curd. All these are very beneficial for the health of human beings. People feed the cow from house to house.

According to Hinduism, the cow worships the cow, killing it is a curse. People of the Hindu religion raise it in their homes with great affection and love. The cow has got the status of cow mother. The cow is considered to be a cow mother because she too gives birth to her baby like a human in nine months.

According to the Puranas, many stories about the origin of the cow are prevalent, it is said that when Brahma Ji was taking amritpan, then froth came out of his mouth, and at the same time the Surbhi cow was born.

Some people say that the Surbhi cow originated in fourteen gems during Samudra Manthan and its milk made the Kshira Sea.

The Bhagavata Purana states that the Vedic celestial cow which was born during the Samudra Manthan is known as the five divine Kamadhenu (viz. Nanda, Subhadra, Surabhi, Susheela, and Bahula emerged from the churning.

Kamdhenu cow which was born by Brahma Ji, a divine Vedic cow was given to a sage so that people can use it for sacrifice, spiritual rituals, and salvation of the whole human life. A cow is a four-legged animal. Just like other animals, a cow also has four legs, two ears, two horns, two eyes, one nose, one mouth, and four udders.

There are many types of colors of cow such as black, brindled, red, white, etc. Most of the cows which are indigenous are white and red with big horns And the Jersey cow is black and brindled, which has very few singles.

To keep the cow, we use thatch or keep it in animal husbandry. We bathe and wash the cow every day and rub it on the cow dung on top of it and wash it.

Cows are found in many breeds, such as Sahiwal which is mostly red and light brown in the country of India (Punjab, Haryana, Delhi, Uttar Pradesh, Bihar).

It is a milch cow that gives the most milk. Their spine (ie back) is very flat.

The cow of the Gir species is found in South India (Dakshin Kathiawad) and Tharparkar (Jodhpur, Jaisalmer, Kutch), Rathi which is found in Rajasthan.

The foreign cow is called Jersey cow, which is brindle, their body is slightly heavier than the native cow, this cow also gives more milk.

Cow dung is very good for crops, which brings greenery in the fields, some people make the kitchen of the cow by making cow dung.

We should not kill the cow. If we see a plastic bag in front of it, then it should be removed.